Hart Group, a sponsor of Oxford XXI, is a UK-based consulting organisation with a large network of local and international associates. Hart Group brings together professional expertise in social and economic development consultancy and financial and business services.

In addition, the group provides a range of cross-cutting services, in the fields of technical and financial audit, human resource development and training, institutional development, project management and monitoring, and assurance reporting on public information.

Hart Group was founded in 1988 and has since established an extensive international network of professional organisations and individuals. The group has long-standing working relationships with institutes and consultancy organisations and has a wide network of partners and associate consultants across Western and Eastern Europe, Russia and the Commonwealth of Independent States, Australia, South Africa, the USA, and China.

The Centre for Global Politics, Economy and Society is an inter-disciplinary research centre with a remit to encourage reflection on and investigation into social transformations of global scope which are impacting upon the world today.

The Centre provides a forum for scholars to collaborate and explore such phenomena through theory construction and empirical investigation. The Centre’s commitment to inter-disciplinarity offers its members and affiliates excellent opportunities for contacts and networking, as well as a venue for collective reflection. Its thematic and inclusive goals permit intellectual interests that are not always accommodated in single disciplines to find a platform. The Centre is committed to the dissemination of high quality research to a wide audience, which includes the academy, policy makers, business and civil society.

The New Europe Centre Aberdeen is concerned with European social research. It consists of a variety of people and projects at the University of Aberdeen and outside who are working on the problem of understanding Europe in terms of people, values and behaviour. An important aspect of this work is also to look at policy measures and implications.

The Centre is part of a network of institutions across Europe that work together on different topics and includes partners from Vilnius to Vladivostock, from Lisbon to Lviv and from Bergen to Bucharest. The New Europe Centre is funded through a range of projects on topics such as household strategies, work-life balance, social capital, European social policy, gender, European identity, migration, youth and generations.

TARKI is engaged in the analysis of Hungarian social issues with a strong emphasis on comparative analyses, and provides expertise on European social structure, income distribution, social mobility and attitudes as well as on the operation of national social welfare regimes. TARKI regularly advises international and national decision-makers.

TARKI is a member of various international research networks and consortia, including CESSDA, ICPSR, ISSP, ESS, LIS, ECPR and ENEPRI. In addition, every second year TARKI publishes the highly regarded Hungarian Social Report that is widely referred to in scientific publications, reviewed in the press and often incorporated into university course syllabi. TARKI has its own fieldwork department with a nation-wide interviewer network and hosts Hungary’s national social science data archive, a member of the Council of European Social Science Data Archives (CESSDA).

The Research Centre for Contemporary Culture is hosted by the Department of Art and Cultural Studies at the University of Jyväskylä. The Centre’s current research focuses include firstly contemporary culture, secondly the consolidation of artistic theoretical, cultural and political questions, and thirdly methods of researching art and culture.

Scholars of the Centre regularly work in policy-advice duties at the national level in topics related to heritage conservation, cultural environment, and children’s and youth culture.

The Centre has recently launched a publication series Nykykulttuuri (Contemporary Culture) and the journal Kulttuurintutkimus (Cultural Studies), and has organized international Cultural Studies Summer Schools since 1994.

Music Mind Spirit is a Charitable Trust dedicated to the betterment of humanity and the fostering of cultural and social citizenship within medicine, education and business through the better use and appreciation of music and the arts.

The Trust uses Music to understand complex social relationships and to connect people of different communities, ages and cultures.  It focuses on music as a key to empower individuals and unlocking creativity through a variety of uniquely designed, research-based initiatives, drawing from its high level musical, medical and scientific knowledge and experience.

More information can be found here 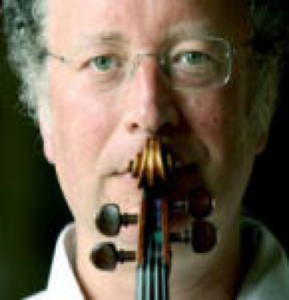 With great sadness, we announce that Professor Paul Robertson who has been a member of the Advisory Research Panel of Oxford XXI since 2008, passed away on 20th July 2016.

Paul (1952-2016) was an international violinist, a UK member of the European Cultural Parliament and Director of the Music Mind Spirit Trust. For 34 years, Paul performed worldwide as the leader of the internationally renowned Medici String Quartet, of which he was a founder member; he recorded and broadcast prolifically and appeared at International Festivals across four continents. He was a Cultural Leader in the World Economic Forum.

Paul’s interest in exploring the implicit meanings of music had taken many forms over the years. For more than 20 years, he worked alongside leading scientists to explore the neurological and scientific basis of music. This work reached a wide public with his highly-acclaimed Channel 4 television series ‘Music and the Mind’. In addition to his concert schedule, he was in constant international demand as a speaker and lecturer at medical, scientific and educational conferences as well as business colloquia. He maintained regular conversation with business, media and political leaders.

Paul Robertson was an inspiring figure for the Cultural Identities and Music Study which was designed by Lyudmila Nurse and Chika Robertson and implemented as one of the successful components of the EC ENRI- EAST project in 2008-2011 and was also part of the Oxford XXI and Music Mind Spirit Trust collaboration in the Soundbites project in Surrey (2010).

Paul Robertson will be greatly missed by us all.

Paul Robertson’s book ‘Soundscapes. A Musician’s Journey through Life and Death’ was published by Faber and Faber in August 2016.

The University of Lleida, the oldest university in Catalonia, is a medium sized university with approximately 8,000 students and 2,000 teachers and researchers.

The department of Geography and Sociology was created in 1996 and includes several disciplines: human geography, sociology, anthropology and social work. It has organized a Masters in Youth Studies and Policies, in collaboration with the Research Committee 34 (International Sociological Association). The researchers of the department have been involved in several investigations on youth cultures, intercultural education, Latin gangs and violence. UDL was a partner in the FP6 funded TRESEGY research consortium.

Founded in 1991 as an NGO, CISR has three basic objectives: (i) academic sociological research, (ii) building professional networks (in Russia as well as internationally) in the sphere of social sciences, (iii) preparing and training the young generation of social scientists and researchers. CISR’s researchers are primarily guided by qualitative sociological methodology.

The majority of studies conducted by the CISR deal with civil society and social structure. Up to 40-50 projects are conducted annually, most of them in cooperation with specialists from all over Russia and abroad. The Centre’s researchers publish as many as 100 articles a year in Russian and foreign scientific journals. CISR regularly conducts seminars in profiling directions and subjects attended by experts and interested people. The Centre is headed by Victor Voronkov and CISR seminars have been attended by such outstanding social scientists as Thomas Luckman, Ulrich Beck, Saskia Sassen, Theodor Shanin, James Scott, Fritz Schuetze, John Urry, Benedict Anderson and others.